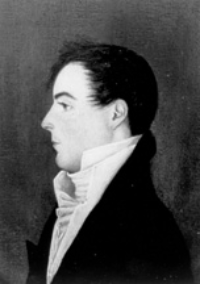 The Mason Family were the founders of Selma and owned the property longer than any family who has lived there in the years since.

In 1741, the widowed Ann Stevens Thomas Mason purchased land in northern Virginia with the intention of passing it on as inheritance for her children. The southern portion of the property was bequeathed to her elder son, George Mason IV (the “Father of the Bill of Rights”) and became Gunston Hall. The northern part of the property, which includes part of the present-day Selma lands, was inherited by the younger son, Thomson Mason. In 1760, Thomson Mason purchased the neighboring 322-acre Raspberry Plain farm, that included a smaller mansion and jailhouse, from Aeneas Campbell, Loudoun County’s first sheriff. Thomson resided in the Campbell house until completion of the new Raspberry Plain mansion in 1771 at which time the Campbell parcel was renamed Strawberry Plain.

Thomson Mason was a prominent attorney and Jurist and was named Chief Justice of the Supreme Court of Virginia. Upon Thomson’s death, the entire Raspberry Plain estate inclusive of Strawberry Plain, was deeded to his eldest son Stevens Thomson Mason. Stevens Mason served in the Continental Army as an aide to General George Washington at the Battle of Yorktown and was a brigadier general in the Virginia Militia, a member of the Virginia State House of Delegates, a member of the Virginia State Senate, and a delegate to the Virginia Ratification Convention. In 1794, he was elected to the United States Senate filling the vacancy left by James Monroe and serving for two terms until his death. Stevens Mason was a close personal friend of Thomas Jefferson and was involved with a number of political controversies between Jefferson and his Democratic-Republicans and the Federalists.

In 1808, Stevens Mason’s second eldest son, Armistead Thomson Mason inherited the land we know today as Selma. It was Armistead Mason who built the original home at the base of the Catoctin Mountain, and he who gave the mansion and plantation its name: Selma, meaning “Beautiful Castle” or “Highest Place”, derived from the titular Gaelic poem by Sir John McPherson.
Armistead Mason was a decorated war hero for his command of Virginia’s 57th Regiment in the Battle of Craney Island and the Battle of Baltimore during the War of 1812 and received the rank of Brigadier General in the Virginia Militia. He was also elected as the youngest Senator to the United States Senate. Due to an extended political quarrel between Mason and Charles Fenton Mercer, Armistead Mason fought a duel with his second cousin and brother-in-law Colonel John “Jack” Mason McCarty, at the Bladensburg dueling grounds on February 6, 1819. Armistead Mason died at the first shot, while McCarty was spared but wounded. At the time of his death, Armistead Mason was the wealthiest man in Loudoun County.

After his death, Armistead Mason’s widow, Charlotte, continued to reside at Selma with their youngest son, Stevens Thomson Mason. Jack McCarty and his family eventually settled near the mansion, at Strawberry Plain. Although living less than a mile apart, the Mason and McCarty families never renewed their acquaintance. Nearly twenty years after the duel, Jack McCarty’s sixteen-year-old son, James, was hunting on the lands of Strawberry Plain when, while following the flight of game, he mounted a fence that formed the boundary between the Mason and McCarty properties, and attempted to load his rifle from that position. The young McCarty allowed his attention to be diverted by the movements of the birds or the hunting dogs which resulted in his gun slipping. It exploded and sent the ramrod through his head. Armistead Thomson Mason’s son, Stevens Thomson Mason found the young McCarty and carried him to nearby Raspberry Plain where he died. Not long following the death of their son, the McCarty’s moved from Strawberry Plain.

The Selma property was eventually inherited by Armistead Mason’s only son, Stevens Thomas Mason. At the time of inheritance, Mason was in his early twenties. He was a rich and attractive young man and was often seen driving two horses through the town, in tandem. His profligate lifestyle led him to suffer financial reverses, and Stevens Mason Jr. was forced to sell Selma to a family named Beverley.

Upon selling the estate, Stevens Mason joined the United States Army and while serving as a captain in the Mexican-American War, was mortally wounded when he lost his leg to a cannonball.

The Beverley family were the first family outside of the Mason family tree to own Selma. Having purchased the land from Stevens Thomas Mason in the 1840s the Beverleys owned the property through the American Civil War. In the autumn of 1864, Union cavalry looted Selma, as a precursor to the Burning Raid of Loudoun, killing livestock and burning its barns. During the attack, one of Selma’s enslaved, their most trusted Butler, was sent out to bury the family’s silver, lest it fell into the soldiers’ hands. However, upon returning, the Butler was shot and killed by a Union soldier, leaving the location of the buried treasure unknown to this day.

The Beverleys remained at Selma until the early 1890s, enduring an unfortunate fire which destroyed a majority of the mansion. 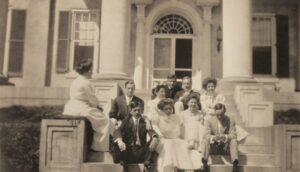 In 1896, the Selma property was purchased by Elijah B. White (April 6, 1984 – December 18, 1926), the son of Elijah V. White, a famous commander of the CSA 35th Virginia Cavalry. E.B. White was a Virginia banker and the largest exporter of grain in the United States at the time. He commissioned Richmond architecture firm Noland and Baskerville to design a Colonial Revival mansion featuring an imposing tetrastyle Roman Doric portico with a full entablature and triangular pediment. Part of the original house left unburned was incorporated into the design as a kitchen wing.

In his reconstruction White employed the Norris Brothers of Leesburg, men who were well known for their elaborate woodwork, which is well displayed in Selma’s glamorous rooms.

No expense was spared in achieving the desired level of luxury. Upon completion in 1902 the house was comprised of nine bedrooms and seven bathrooms and had modern conveniences such as a form of intercom system that was then called a “speaking tube.”

By the 1920s, E.B White and his wife Lalla Harrison White were known to hold many high society events and parties at the mansion with Governors, Senators, and Congressmen in attendance, and were regularly featured in the society pages of newspapers and magazines. It was at Selma that White bred champion Percheron draft horses.

At Lalla White’s death, E.B.’s daughter Jane Elizabeth inherited the estate and lived there until she died in 1970. “Miss Elizabeth,” as she was known, carried on her parents’ tradition of gracious living and entertaining at the house. At her death, the estate was sold at auction to Leesburg antique cars dealer Ben J. Epperson and his wife, Ruth.

In 1970, upon the death of Jane Elizabeth White, Selma was sold at auction to Leesburg antique cars dealer Ben J. Epperson and his wife, Ruth. While living in the house, the Epperson’s rented Selma for weddings and special events. In 1999, the Epperson’s sold the farm and house to Peter ter Maaten, a foreign investor living in Germany.  With no one to keep the grounds, the property and mansion soon fell into neglect and was looted and vandalized for years until it was purchased in 2016 by Sharon and Scott, who restored the estate as their private home.