REstoration to preserve the enslaved legacy 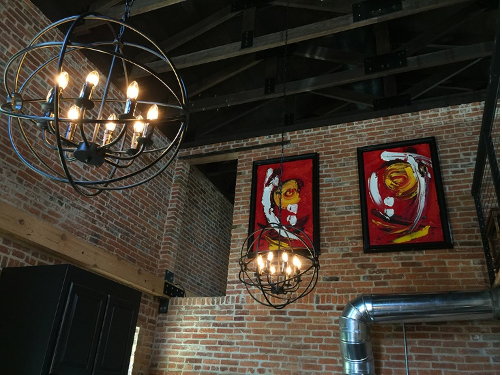 EB White’s architectural design for the mansion incorporated an unburned structure that was original to the Mason 1810 house.  This structure was likely the living space for the Mason’s enslaved people. When Sharon and Scott began the restoration, they decided this building was critical to save, in spite of its deterioration and damage. Having been built by the enslaved, they felt that this building was an important part of the enslaved’s legacy and we owed it to them to save and restore it.

Once they uncovered the brickwork walls, we discovered a great deal of damage done by water and by repairs having used the wrong mortar. The brick was crumbling. They employed two brick masons who had experience with very old brick and proper mortar. These two gentleman had worked on the restoration at Jamestown, and Sharon and Scott learned were descendants of enslaved people.

Sharon and Scott could see the care that the original enslaved workers had given the building, including evidence of their thumbprints in the bricks. Today, this wing of Selma is the main kitchen and a family room, and one of Sharon and Scott’s favorite parts of the house.